Apple’s September “Special Event” for 2021 (video below) has followed the theme of the past ten years with the announcement of new iPhone models including the iPhone 13, iPhone 13 mini, iPhone 13 Pro and iPhone 13 Pro Max (whew!), complementing Apple’s announcement of iOS 15 in June. Like all iPhones since the iPhone 7, released in 2016 alongside iOS 11, the new iPhones feature native software and hardware support for NFC functionality. While the iPhone 6 supported NFC for contactless payment only via Apple Pay, previous iPhones did not support NFC. This lack of NFC capabilities contrasted with Google’s Android devices, which had adopted NFC hardware and software support in late 2010 and has been included in almost all Android phones since.

The iPhone’s substantial market share during the 2010 to 2016 period when it did not support NFC posed a major roadblock to widespread consumer NFC adoption. Companies were hesitant to invest in NFC if iPhone users were unable to use the technology, and as a result, the Connected Things environment that NFC enables was also hampered. Since the iPhone 7 and iOS 11, subsequent NFC software improvements in iOS 13, and developer support for NFC and NFC tags via the Core NFC Framework, the technology side of the Connected Things equation has been established across the smartphone market. The other side of the Connected Things equation pertains to consumer education and behavior, which Apple has been ingeniously working to establish.

Since 2019, Apple has been integrating NFC tags and NFC features into more of its own product suite, teaching consumers that their iPhone is a “magic wand” for interacting with things in the physical world. With the technology and consumer education sides of the Connected Things equation beginning to balance, consumer adoption of NFC is now significant and growing. Companies worldwide are using NFC and NFC tags to engage with customers, protect against counterfeit products, create interactive games, track physical assets and much more (read more). GoToTags has seen projects increase in size to millions of NFC tags annually, with project plans for 10s of millions of NFC tags for 2022 and beyond. Major software companies, interactive agencies and labeling and packaging companies are gearing up for this significant growth in Connected Things projects.

In this article, we’ll discuss all the ways the iPhone “magic wand” can do with NFC and NFC tags.

Users can pay for purchases with their credit and debit cards at contactless payment terminals via NFC based Apple Pay. Contactless transactions are more secure than older swipe based transactions and Apple claims that Apple Pay is accepted at over 85% of retailers in the USA and growing worldwide. Apple Pay was the first usage of NFC in the iPhone in 2014 with the iPhone 6; this was a big moment for the NFC industry as it had been impatiently waiting ever since Googles’ Android added support for NFC in late 2010. However, the Connected Things usage of NFC was dismayed as the iPhone 6 could not work with NFC tags nor could developers create 3rd party apps that used NFC. This was quickly resolved the next year with the iPhone 7. A major benefit of contactless payments for Connected Things is teaching users how to use their NFC enabled iPhone; this include where to hold the phone against the terminal, how long to hold it there and generally increasing the trust in NFC technology.

Software developers can create 3rd party iPhone apps that use NFC via the iOS Core NFC Framework. This gives apps complete* access to the NFC controller in the iPhone and software support for the low-level NFC chip standards and protocols (ISO 7816, ISO 15693…) needed to read NFC tags and encode NFC tags. Apple did stumble with Core NFC at first as it took them several years of iOS releases to finally allow for a complete and useful NFC framework; there were previous limitations in iOS including not having access to the NFC chip UID, only supporting NFC tags that were NDEF encoded and a couple other issues. All of that has since been resolved, and 3rd party apps can use NFC going back to the iPhone 7. There is one remaining limitation that Core NFC can not be used for payment related apps as this would be a competitor to Apple Pay. There are several campaigns and lawsuits relating to this. 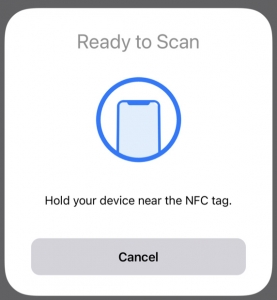 The iOS Core NFC framework allows 3rd party developers to create iPhone apps that use NFC. One of the biggest usages of this is for apps to read and encode NFC tags to perform actions on the iPhone. NFC tags are small physical items that are being embedded into products, added to product packaging and labeling, used for NFC games, attached to boxes/crates/shelves and items for asset tracking and many more usages. An NFC chip has a unique ID and a small amount of user memory, often used to store NDEF records. The iPhone supports all NFC Forum tag types, with Type 2 and Type 5 being the most popular NFC chip types. This is the core of Connected Things and creates a connection between things in the physical word and their corresponding digital identities and experiences. There are many existing iPhone apps that use NFC tags to enhance their experience and usability. The GoToTags Store is a worldwide supplier of blank and custom NFC tags and can encode NFC tags per customer requirements. 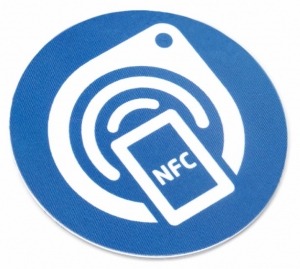 While it’s great that app developers can create 3rd party apps that use rich NFC functionality, the biggest downside is that consumers have to download an app and companies have to build an app to download. This is a significant hurdle to overcome for Connected Things projects which can not be ignored. Is a consumer really going to download an app to watch a video about the bottle of wine? Probably not. This is why Apple added Background NFC Tag Reading in 2018 with the iPhone XR/XS, and Android has had similar functionality since 2010. Background NFC Tag Reading allows for basic NFC tag functionality to happen natively on an iPhone without a 3rd party NFC app or even an app running in the foreground. The most popular and useful example is when an NFC tag is encoded with an NDEF website record; when an iPhone interacts with the NFC tag the Safari app will open the URL from the NFC chip in a browser. This allows companies to move their software to the web; likely to existing web applications and content they already have in place. Examples include mobile landing pages, YouTube videos, social media profiles, eCommerce systems and much more. When coupled with an online platform such as the GoToTags Cloud, companies can build rich engagement experiences around these NFC tag interactions and get real-time data about their physical items, the way they do with Google Analytics today for their digital properties. 3rd party apps can also leverage Background NFC Tag Reading to improve their NFC tag reading user experience.

A solution that Apple has come up with to the problem of consumers not wanting to download an app is App Clips. An App Clip is mini app for the iPhone that is launched when an NFC tag or a specialized barcode is interacted with by an iPhone; these tags are called App Clip Codes. Both the NFC tag and barcode in the App Clip code contain a special URL that the iPhone detects as an App Clip and subsequently downloads and runs the app. The user does not have to go through the process of installing the app via the App Store as it happens as a part of the tag interaction. App Clips have several limitations including download size, permissions and network access; they are a good solution for the middle-ground between a web based experience and a full app experience. Google has a similar concept with Android Instant Apps, but unfortunately those apps can not use NFC functionality. However App Clips have limited usage in practice outside of gaming apps, but the potential is there especially for Connected Things projects that need direct access to the NFC chip for features such as product authentication. 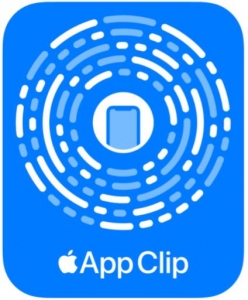 A good example of Apple dogfooding NFC tags in their own product ecosystem is AirTag. AirTag is a small powered tag that is affixed to a physical item that allows an iPhone to track its location and if that item is lost go to a recovery mode to find the lost item. AirTag uses two tag technologies; NFC for close range tag identification and UWB (ultra-wideband) for longer range direction and distance location. When an iPhone is held near an AirTag, it detects the NFC tag and then responds; how it responds is based on if it is the owner of that AirTag and if that AirTag is in recovery mode or not. Companies such as Tile have a similar product, but the Apple magic comes from the broad adoption of the iPhone, as all iPhone models since the iPhone 11 have the ability to detect an AirTag when in recovery mode, thereby significantly increasing the likelihood that someone with an iPhone will find your lost item.

PS, our CEO lost an AirTag at the beach on the Columbia River in Vantage, WA if you want a real world example; battery will be good until summer 2022. 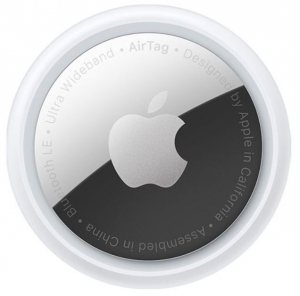 A popular use of NFC tags among technical enthusiasts has been to automate actions on their phone to perform commonly used tasks. Apple’s phone automation app is Shortcuts and Android has had several similar apps including Trigger and the old Samsung TecTile. Examples of phone automation include going into different modes (night, meetings, bedtime…), calculating tips, playing favorite songs and now with the inclusion of HomeKit, Shortcuts can be used to control home automation via NFC tags as well. A Shortcut needs to be triggered, and an NFC tag is a great physical “button” to trigger these workflows. While Shortcuts are an interesting technical feature for individuals, they have limited use by companies that want to promote a product or campaign for Connected Things.

One of the biggest areas in which Apple is pushing NFC functionality is in Apple Wallet. Aptly named, Apple Wallet’s intention is to replace your physical wallet including all cards in it. The first big usage of Apple Wallet was to store your bank cards for Apple Pay, but now Apple is expanding this. Apple has announced and released the ability to have a country’s passports, state identification and driver’s licenses, loyalty and rewards cards, transportation tickets and more. Many of these “cards” need to be secured, and NFC is used as the communication mechanism between the iPhone and external NFC enabled devices. Apple has now moved outside the wallet to the pocket, with NFC keys for cars and locks starting to appear. This is a good example of how secure, near-field communication between devices can be implemented with NFC. 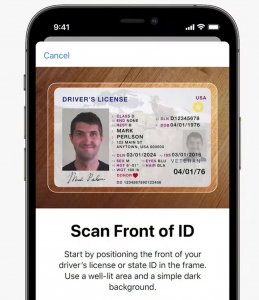 Along with the release of the iPhone 12 in 2020, Apple announced a new MagSafe accessory line for smart accessories. This new MagSafe includes additional NFC functionality which is used by the iPhone to detect, identify and react to different MagSafe accessories including car docks, grips, cases and more. This is probably the most esoteric use of NFC in the iPhone which has seen limited adoption.

If you know of a good example of an NFC enabled MagSafe accessory, let us know! 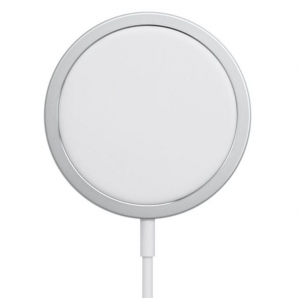 As you can see, Apple has fully embraced NFC and NFC tags in the iPhone and continues to add new NFC features and NFC enabled products into their ecosystem. Users are becoming more aware of how to use these features which in turn allows for business to also deploy NFC for a variety of use cases. This trend will likely continue with iOS 16 and the iPhone 14 in 2022 and beyond.

We’ll see you then! 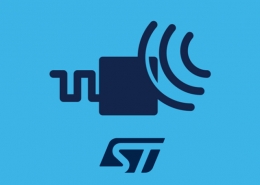 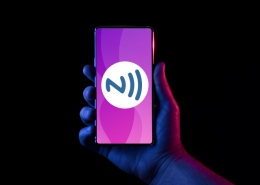 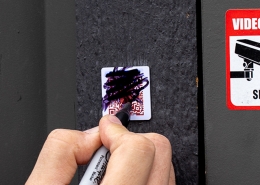