Before iOS 12, users of NFC-equipped iPhones needed to open an app to access this feature. But the day after its event, Apple told developers that iOS 12 would support NFC “background tag reading” on the new iPhones, meaning once these iPhones are unlocked after booting up they constantly scan for NFC tags.

The update could have a huge impact on everyday iPhone owners and businesses alike. Craig Tadlock, CEO of GoToTags, one of the top sellers of NFC tags and hardware for encoding tags with digital information, said his company already sees an uptick in interest. Tadlock told Macworld that his company has seen ten times the traffic on its website, social media, and email since Apple’s NFC announcement.

“Apple’s full support for reading NFC tags will be transformational for what I call ‘connected things,’” he said. “GoToTags bet on this happening seven years ago, and it’s taken a while for it to pay off but now that it has it’s huge for us.” 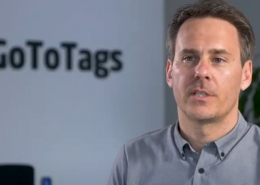